Robbie rose to fame as part of 90s boyband Take That.

In videos for hits such as Could it be Magic and Back for Good, the singer shows no signs of hair loss – but then he wasn’t even 20 at this time.

Even after leaving the band, he kept the same Norwood 1 hairline as he embarked on a solo career.

The short buzz cut he was sporting around this time did reveal a prominent scar behing the hairline, which he explained in a 2000 interview was the result of an incident with a bottle when he was a child.

Other than that, the pictures below (from 1995 and 1997) show a singer with nothing to worry about in the hair loss department.

Even as we entered a new Millennium (get it?) the star still had a strong head of hair with no visible signs of miniaturisation. 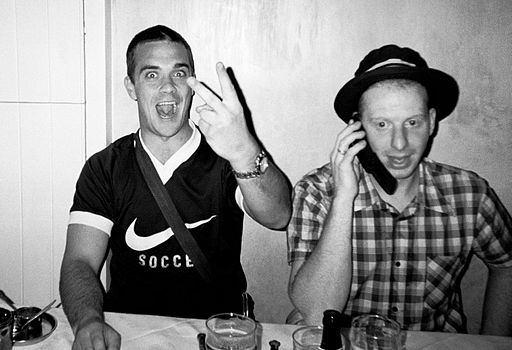 and Robbie’s hairline was still going strong into the 2010s as well. 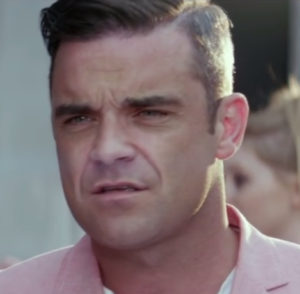 Even if he’d had his hair and makeup done for this video, it’s clear he didn’t have much to worry about. On the Norwood scale, he’d barely be considered a grade 2.

Former band-mate Gary Barlow on the other hand…

As far as hair loss genetics go, Robbie is pretty lucky. His hair seems to be, mostly, resistant to the effects of dihydrotestosterone (DHT) – the main hormonal culprit considered to be responsible for androgenetic alopecia (male pattern baldness).

Perhaps he had some slight miniaturisation along the hairline, but he’s got a head of hair better than a lot of men 10 years his junior.

This made his admission that he’d had a hair transplant on the Graham Norton chat show all the more unexpected:

“I’ve had a thatch done… I’ll tell everybody now. I didn’t even need it!”

So why did he get it done?

In the interview, his explanation for having the procedure is “I had like 3 months off, I got bored.”

Whether this is the whole story is debatable. He’d probably noticed the slight miniaturisation – something perfectly ordinary for a man his age – and decided to do something about it during his time off.

He confirms this is where the hair was implanted: “I just got some at the sides and front done.”

It might seem to be a drastic step to take to correct such a minor cosmetic flaw, but modern techniques mean hair transplantation is a far less invasive and demanding procedure than it used to be.

What’s more, many surgeons don’t require patients to shave their hair off before undergoing the procedure, which would be an obvious giveaway.


Of course, it can still be an expensive procedure to have done. But for Robbie “I’m rich beyond my wildest dreams!” Williams, this isn’t a factor.

As mentioned in the previous article on actor Matthew McConaughey’s hair transplant, there are rumours that plenty of celebrities receive ‘top up’ FUE treatments every year or so just to maintain their youthful looks.

If celebrities wait until they are visibly balding, it makes it more difficult to hide the fact they’ve had a hair transplant when they do eventually get round to it.

When money is no object, getting a hair transplant is, for many celebrities, the logical choice. Looks are important in Hollywood and a full head of hair can make or break a career. LA life obviously rubbed off on Robbie, as he admitted in the interview.

As for the results, well, his hair doesn’t look much different to how it did before the procedure. 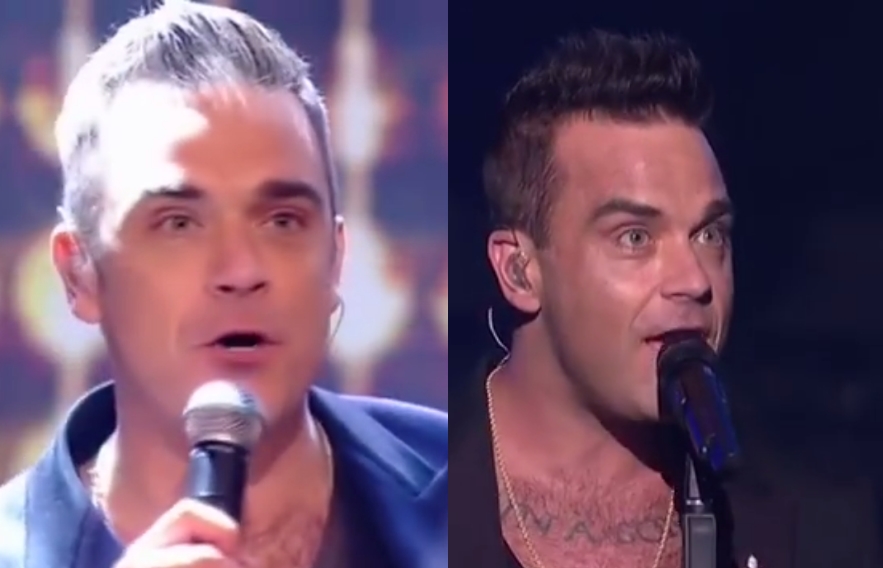 The left picture is from a performance on the UK version of The X Factor in 2010. On the right is Williams performing on the Australian version in 2015.

Even under harsh light (left) his pre-transplant hair didn’t look at all bad.

But fair play to Robbie for admitting he’s had a hair transplant. It’s nothing to be embarassed about and he could easily have gotten away with it if he’d kept quiet.

The fact that he has chosen to ‘come clean’ confirms what many suspect: celebrities, even those who aren’t obviously going bald, have hair transplants all the time! Other people in the public eye – ahem, politicians – do it too.

What do you think? Is everyone in Hollywood getting hair transplants on the sly? Let us know in the comments below!