Back in June 2011, the Manchester United and Everton striker announced via Twitter that he’d had a hair transplant. Though not the first celebrity to opt for hair restoration surgery, few are as open and honest about it as Wayne Rooney. Since then, the soccer star has had a second procedure to bolster his barnet futher. This article will answer the key questions surrounding Rooney’s transplant: how much did it cost? Where did he got it done? Is it falling out? 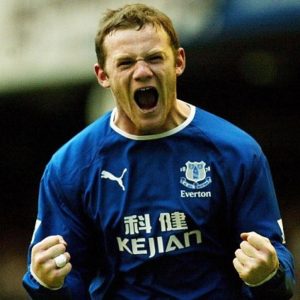 When Wayne Rooney made his Premier League debut against Tottenham in 2002, he was showing no signs of hair loss whatsoever.

But that said, he was Everton’s second youngest first team player at just 16 years old. You’d have to be seriously unlucky to be bald at that age.

Wayne’s hair survived his first season at Everton, and it wasn’t long before he was called up to represent his country on the international stage in 2003. 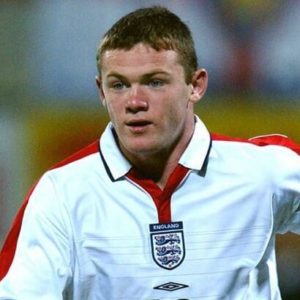 As you can see, 17 year old Wayne Rooney’s hair is as you’d expect for someone so young. He’s still got his youthful Norwood 1 hairline, decent density, and no signs of hair loss.

It wasn’t long before Rooney was snapped up by a bigger club. Turning down £50,000 a week to stay at Everton (enough for a hair transplant every week!), Rooney joined Manchester United for the 04/05 season.

Before getting his hair transplant, Rooney’s hair loss peaked during the 2010 season.

In his autobiography, Rooney describes looking in the mirror and thinking “Bloody hell, you’re going bald and you’re only a young lad”.

It’s hard not to feel bad for Wayne. Despite being a pro footballer on millions of pounds a year, hair loss obviously bothered him. But in 2011, we got treated to this tweet:

Just to confirm to all my followers I have had a hair transplant. I was going bald at 25 why not. I’m delighted with the result. 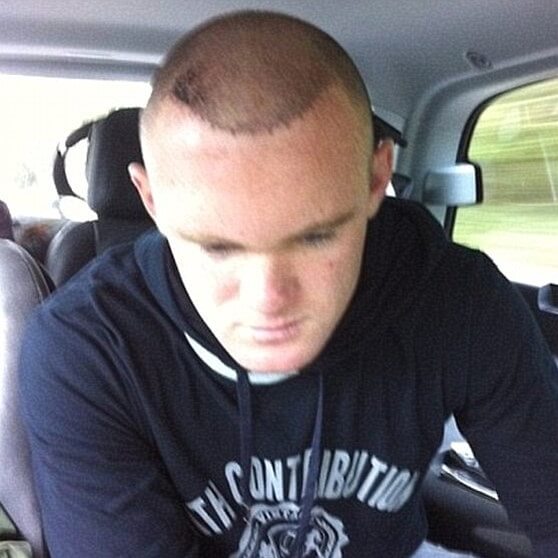 Fair play to Wayne, he didn’t try to hide or deny it. And that’s more than can be said about most celebrity hair transplants.

And Wayne’s candidness seems to have inspired a trend for hair transplants in soccer. Just look at David Beckham, Cesc Fabregas, Slaven Bilic, and Antonio Conte, for example. 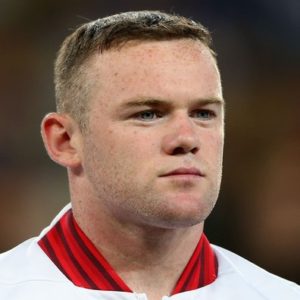 So here he is during Euro 2012 about a year after his first hair transplant surgery. It takes around a year to see the full results of a hair transplant surgery and as we can see Wayne’s hairline is greatly improved during this time. The receding temples and thinning forelock have been replaced by a flat Norwood 1/2 hairline.

But according to reports, 2011 marked the first of two planned hair transplant procedures. So, in 2013, Wayne went back under the knife to further thicken his hair. Here he is pictured in 2014 about a year after the second procedure: 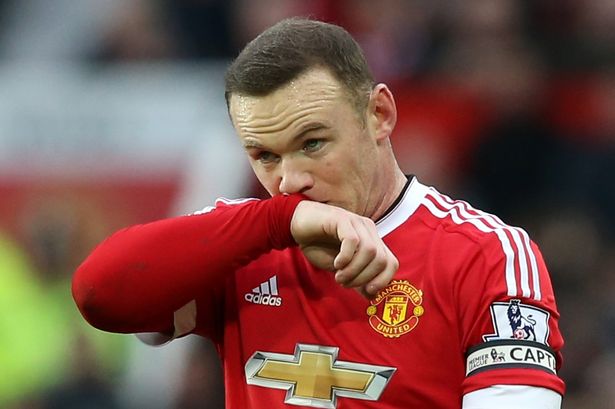 Well, as we’ll see, there appears to be more going on with Wayne Rooney’s hair than just a hair transplant. Even so, the above picture shows how even a man with advanced hair loss can achieve the appearance of density and coverage.

Where did Wayne Rooney get his hair transplant? 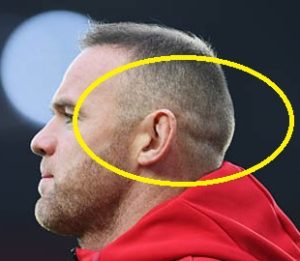 It is clear that surgeons here used the Follicular Unit Extraction (FUE) method rather than Follicular Unit Transplantation (FUT). FUT involves extracting a strip of skin from the back of the scalp and dividing it into individual grafts to be transplanted into the balding area. In FUE, individual hair follicles are extracted one by one instead.

While FUE procedures tend to take longer, the advantage is that the scarring is less visible. As we can see with Rooney, he has no obviously visible scars even when his hair is cut very short. Compare this to Rich Piana, for example, who has very visible FUT scars.

How much did Wayne Rooney’s hair transplant cost?

The cost of hair transplantation varies from person to person (and surgeon to surgeon). If you’re completely bald, for example, you’re going to need more hair to be transplanted than someone who just has slightly receded temples. This will cost more as surgeons tend to charge by the number of hairs (grafts) transplanted.

It is likely that Wayne Rooney received at least 3000 grafts over the course of his two procedures – though probably more. This fits with the commonly reported £15,000 – £30,000 price tag. 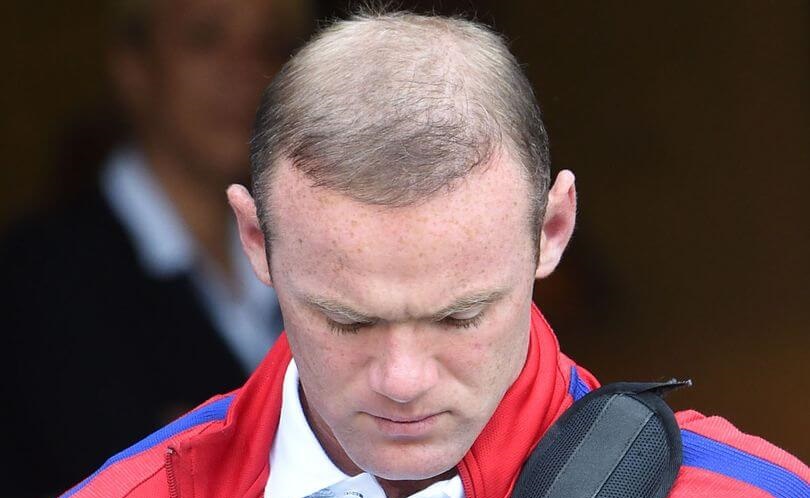 This picture during the 2016 European Championships drew a fair deal of attention in the media.

Approximately 3 years after the most famous hair transplant in sport, Wayne Rooney’s hair appears to be falling out. What’s going on?

This is why doctors often recommend that hair transplant patients take the hair loss drug Propecia (finasteride) to stop their existing hair from falling out. However, it’s unlikely that a pro footballer would be permitted to take a drug that affects hormone levels for purely cosmetic reasons. Not only that, Propecia often causes negative side effects.

These two pictures were taken less than 24 hours apart. Unless the stress of losing to Iceland caused him to go bald overnight, it’s clear that something is going on here.

The explanation is that Wayne Rooney uses hair loss concealers to create the illusion of thicker hair. These were mentioned in the Jude Law hair transplant article and are essentially small coloured fibers that are sprinkled onto the hair to create the appearance of density. Tthese can look pretty good, but the downside is they are not permanent.

Overall, Wayne Rooney was not the best candidate for hair transplant surgery: 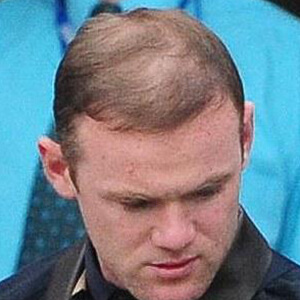 Even so, the result isn’t that bad.

I’d guess that his two hair transplant surgeries used around 3000-4000 grafts, most of which were placed at the hairline. This isn’t a huge amount – especially when you consider how bald Rooney was in 2009/2010.

The benefit of this is that he’ll have donor hair left over should he want to have a third hair transplant to thicken his existing hair. It is likely that doctors advised him against using up all his donor hair at such a young age, instead opting to wait and see how his hair loss progresses over time.

So while Rooney does seem to rely on hair loss concealer to create the appearance of a full head of hair, he does look better than before. Good on you Wayne!