OK, let’s take a break from hair loss for a second and look at a different issue: beards. It turns out men aren’t just concerned with the follicles on the top of their heads – many also want more hair on their face. And while there are plenty of treatments that reverse hair loss, there’s just one that can grow hair on your face: minoxidil.

You wouldn’t expect it, but hair loss and beard growth are closely linked.

Come to mention it, so is body hair.

What they all have in common is a hormone called dihydrotestosterone (DHT).

DHT is formed when testosterone – the male hormone – interacts with 5 alpha-reductase. And according to science, DHT is 2.5x to 10x more potent than ordinary testosterone.

The effects of DHT are most noticeable during embryonic development and puberty. It’s what makes your body hairy, your beard grow, and the hair on your head fall out.

That’s right, DHT is responsible for all three of these things.

When you think about it, it’s actually pretty weird: the same hormone can have the complete opposite effect depending on where it is expressed. DHT makes hair on the scalp fall out, but makes hair grow everywhere else.

And just to further complicate things, there’s something else to throw into the mix: receptors.

This basically means that having high levels of DHT is no guarantee of baldness… or beardedness.

Some men can have low levels of DHT but still grow a thick, bushy beard if they have an abundance of DHT receptors in their beard area.

Similarly, some men are able to hold onto their Norwood 1 hair lines despite having high levels of DHT or taking anabolic steroids – this is because they’re lucky to have hair follicles that aren’t sensitive to the effects of DHT.

Why most hair loss treatments won’t work for beards

There are a bunch of hair loss treatments out there that work by reducing DHT levels.

Finasteride and dutasteride, for example, block around 70% and 90% of DHT respectively. They do this by reducing 5 alpha-reductase levels, which stops testosterone converting to DHT.

But if you’re more concerned with growing a big bushy beard, this is exactly what you don’t want!

As mentioned earlier, DHT has completely different effects in different areas of the body.

Yes, it makes the hair on your scalp fall out, but it has the opposite effect in the beard area: it actually makes hair thicker.

If you don’t care about losing the hair on your scalp, there are a few things you can do to increase DHT levels (though they’re not necessarily advisable!)

There is evidence, for example, that creatine supplementation increases DHT levels. It also seems that sugary, fast digesting carbs cause a hormonal cascade that leads to increased DHT as well.

But if you don’t want to become a hairy gorilla with a bald head just to grow a bit of facial hair, there is a hair loss treatment that gives you the best of both worlds…

Why minoxidil is different 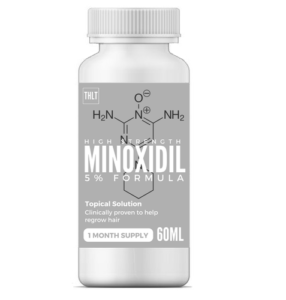 No one is quite sure how, but minoxidil is able to regrow hair on bald scalps.

It has nothing to do with DHT though – minoxidil has a completely different mechanism of action.

We do know that minoxidil is a vasodilator. In other words, it widens the blood vessels.

But hair loss appears to have nothing to do with blood flow. Not only that, there are plenty of other vasodilators out there that don’t have any effect on hair loss! So how does minoxidil increase hair growth?

One proposed suggestion is that minoxidil has something to do with prostaglandins.

In fact, we now know that there’s more to hair loss than simply DHT. A recent discovery, for example, is that Prostaglandin D2 levels are around 3x higher in balding scalps than non-balding scalps.

And this study suggests that the prostaglandin angle may explain why minoxidil is effective:

“We thus speculated that activation of PGHS-1 might be a mechanism by which minoxidil (2,4-diamino-6-piperidinopyrimidine-3-oxyde) stimulates hair growth in vivo. We demonstrate here that minoxidil is a potent activator of purified PGHS-1 […] Our findings suggest that minoxidil and its derivatives may have a cytoprotective activity in vivo and that more potent second-generation hair growth-promoting drugs might be designed, based on this mechanism.”

But however minoxidil works, it’s got nothing to do with DHT. So you can use it on your face without worrying about going bald.

This brings us to the $64,000 question: can you use minoxidil to grow a beard?

Unfortunately, there have been no clinical trials that have tested this. There are, however, plenty of willing guinea pigs online who have tested minoxidil on their own faces.

But the most dramatic transformation has got to be this guy, a poster on Jeff’s Beard Board: 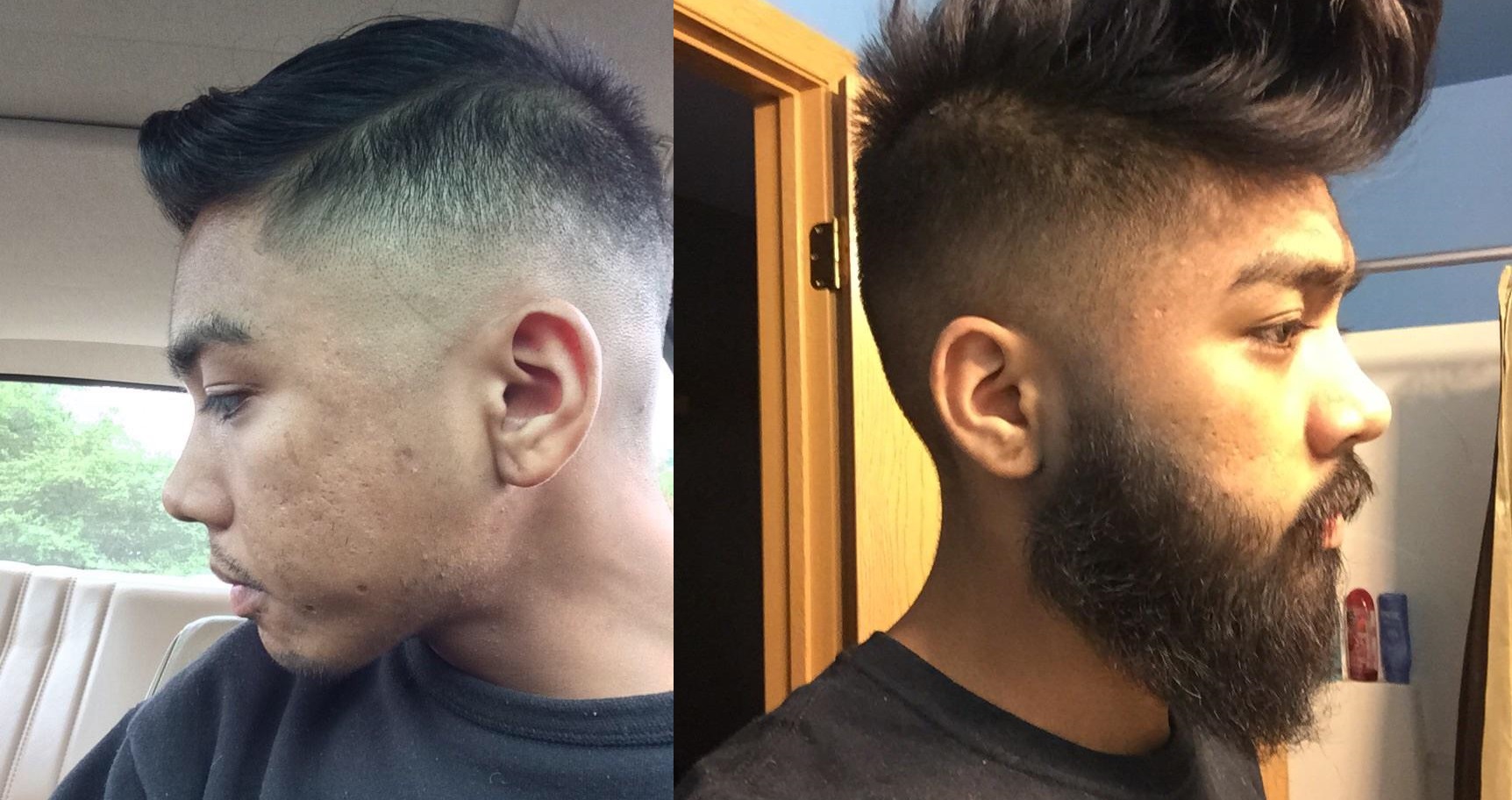 Based on these photos, it does indeed look like minoxidil is effective for beard growth.

Of course, it’s only anecdotal evidence, but a quick Google search throws up so many success stories it’s difficult to doubt the effectiveness of minoxidil.

What’s more, one of the listed side effects of minoxidil is unwanted hair growth. There are, for example, reports of people growing random hairs on their forehead where minoxidil has dripped down from their scalp. This all points toward it being effective for growing facial hair.

That said, it does appear to take a fair amount of time to grow a full-on beard.

The best results usually come from users who’ve applied minoxidil for at least 1 year. So, it takes dedication, but minoxidil does appear to work for beard growth.

8 thoughts on “Minoxidil for Beard Growth: Does It Work?”