The cast of ITV’s The Only Way is Essex are known for their preening, pampering, and general vanity. Ex-cast member Mark Wright was no exception to this – fake tan, moisturiser, manicures and… hair transplants? While he’s always had a pretty good head of hair, Mark’s distinctive widow’s peak hairline seems to have crept forward over the past year or two. So has he had a hair transplant? 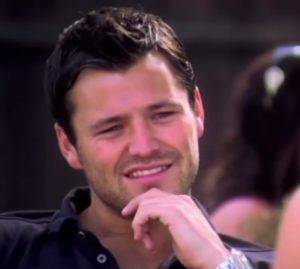 The Only Way is Essex (TOWIE) first appeared on our screens in October 2010. The ‘scripted reality’ show’s first series focused heavily on Essex lad Mark Wright as he went around the town generally getting involved in soap opera style dramas.

While you couldn’t exactly say he was losing his hair at this young age, Mark did have a rather prominent widow’s peak hairline.

This doesn’t necessarily mean that Mark was suffering from androgenetic alopecia (typical male pattern hair loss) at this time though.

Between the ages of approximately 17-27, almost all men’s hairlines will change shape. However, this doesn’t mean that they’re suffering from androgenetic alopecia or that they’ll go on to develop full-blown hair loss. The transition from a juvenile hairline to a mature hairline is a completely separate process.

That said, Mark’s hairline is verging on a Norwood 2 classification, with slightly deeper temples than the typical mature hairline. 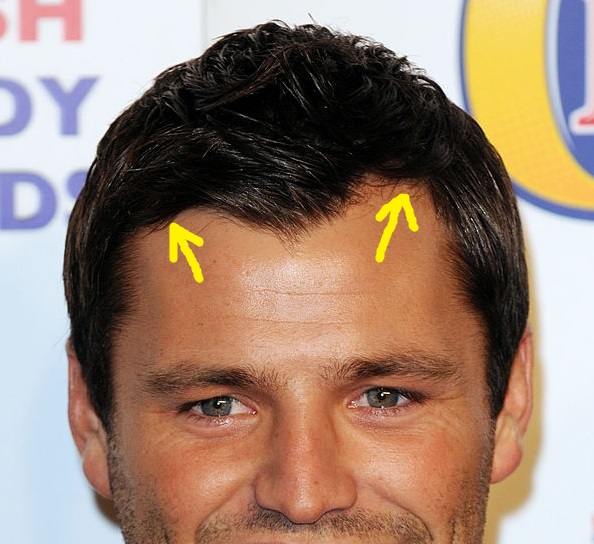 Swept forward at the sides as if to cover this quirk, Mark’s hairstyle at the time somewhat concealed any potential hair loss.

This wasn’t enough to fool fellow cast member Mario Falcone, though, who brought it up in what’s quite possibly the pettiest comeback ever caught on camera:

“You need to look in the mirror, you’ve got a receding hairline!”

Not exactly the best comeback to someone who’s just slept with your girlfriend but it seems to have affected Mark, who no longer appears to have the distinctive widow’s peak.

Look what Iv had to deal with tonight !! I can watch the footy if she can do this to my Barnet !!

Recent pictures of the former reality TV star show him with very minimal temple recession. Even with his hair swept back the widow’s peak is nowhere to be seen.

So has he had a hair transplant? If he has, it’s a subtle change.

But looking at this early photo of Mark with a shaved head, his hairline did appear to go much further back than it does in recent photos. 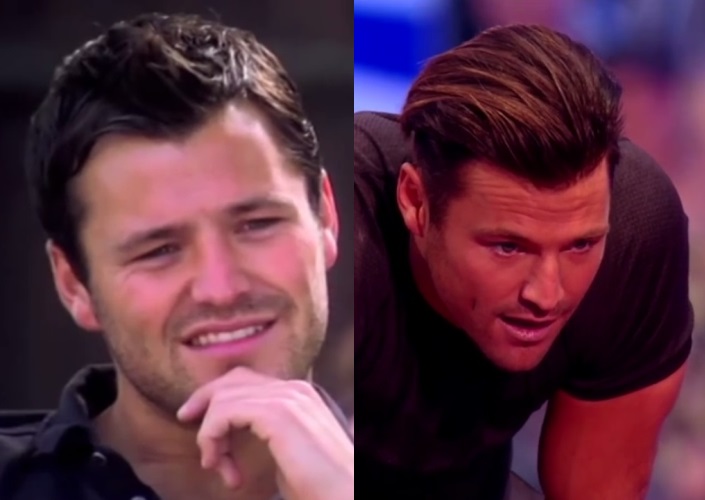 It’s a hard one to judge as it’s not like he was massively losing his hair in the first place.

But his hairline does look lower in recent photos – even when it’s swept back.

No product currently available could transform a mature hairline back into a juvenile one. It’s one thing to thicken thinning hair but it’s a completely different challenge to regrow hair on slick-bald areas. Even if he ate his bodyweight in dutasteride and bathed in minoxidil every night, it’s unlikely that it would lower his hairline like this.

The change in Mark Wright’s hairline is not something many would even notice. Nor is it something that would have affected his career. However, Mark does seem the sort of person who’d have the procedure done. He takes care of his appearance and is, well, quite vain. What’s more, we know that celebrities with hair loss even less noticeable than Mark’s are having FUE hair transplant procedures.

2 thoughts on “Has MARK WRIGHT had a hair transplant?”