In recent years, Lewis Hamilton has become a bit more adventurous with his style: accessories, tattoos, and even crazy hairstyles. But it wasn’t long ago when the three-time Formula 1 world champion was noticeably thin on top. Now, though, he seems to be sporting a different hairstyle every week! So what’s he done? Has Lewis Hamilton had a hair transplant?

Even before earning his seat in the McLaren Formula 1 car in 2007, Lewis Hamilton was displaying the early signs of androgenetic alopecia (male pattern hair loss).

This interview from 2006 shows a young Hamilton – aged 21 – with the beginnings of frontal hair loss:

And over the next few years, it was only going to get worse… 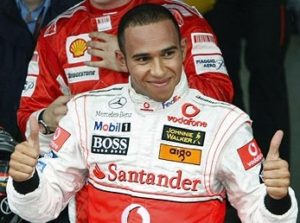 Before making his Formula 1 debut in 2007, Lewis Hamilton swapped the long curls for a much shorter hair style.

This short style disguises his receding hairline far more effectively than longer hair did. In fact, it was barely even noticeable.

But in 2008 – the year he won his first Formula 1 world championship – Lewis Hamilton’s hair loss had become increasingly obvious.

Here he is pictured during this championship-winning season. Unfortunately for Lewis, it seems he inherited his father’s (right) hair loss genetics: 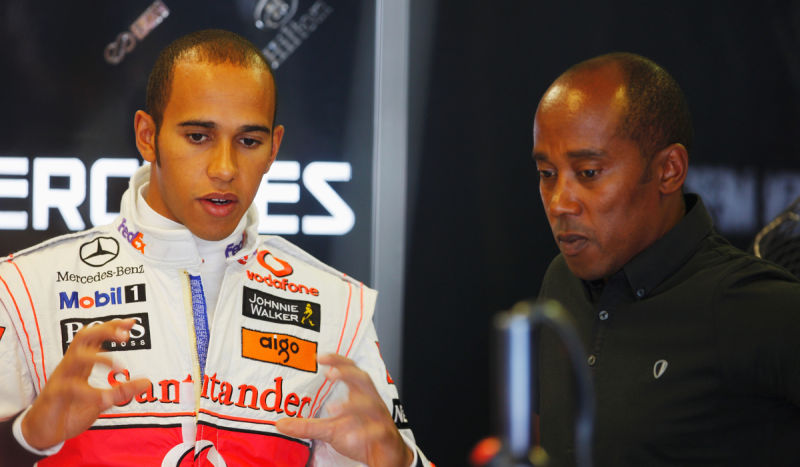 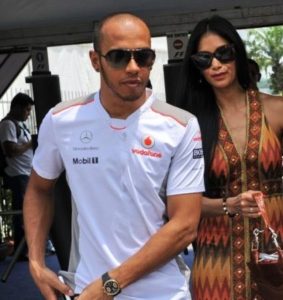 Hamilton was still in his early 20s at this time. But at this rate, his hair loss was fast approaching a Norwood 4 like his father.

The next few years at McLaren were markedly less successful than 2007 and 2008.

And they also took their toll on Hamilton’s hair.

As his time at McLaren was coming to an end, Lewis had noticeably less than when he started.

It was time for Hamilton to switch to the Mercedes team. A few years later he’d have won another two world championships with them. But far more importantly, he would have a lot more hair! How?!


Present day – has Lewis Hamilton had a hair transplant?

Recently, Lewis’s hairstyle choices have been a big departure from the close-cropped buzzcut of the past.

And it seems doubtful that he would have been able to pull off such looks with his previous hair line. Although Lewis was never completely bald, his hair at the front was very thin compared to what it is now.

And as discussed in the article on Matthew McConaughey’s hair transplant, curly hair takes up more space, which is better for concealing baldness. But even with curly hair, previous photos clearly show Hamilton with advanced hair loss.

So what has he done to it?

It’s possible that Lewis used established hair loss treatments – such as finasteride and minoxidil – to achieve his thicker locks.

But come on, does he really seem like the kind of person who’s rubbing hair loss products into his scalp morning and night?

Lewis Hamilton is one of the highest-earning sportspeople on the planet. In 2015, Mercedes announced a new three year deal with him worth £100 million (approximately $130 million). 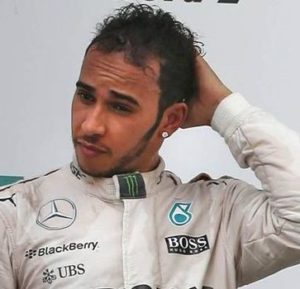 And it seems likely that this is what he’s done. If I had to guess, I’d say he had the procedure at some time between the 2013 and 2014 Formula 1 seasons.

In 2013, he was still showing signs of hair loss. But towards the end of the 2014 Formula 1 season, he started to grow his hair out.

And this coincides well with Lewis’s more daring hairstyle choices.

Although he started to grow his hair was longer during the 2014 season, it was only in 2015 that he really started experimenting with new styles. This would have been when his hair transplant had fully grown in.


Today, he’s a regular at fashion shows, awards ceremonies, and other glamorous events. His style – and hair – has come a long way since the early days! 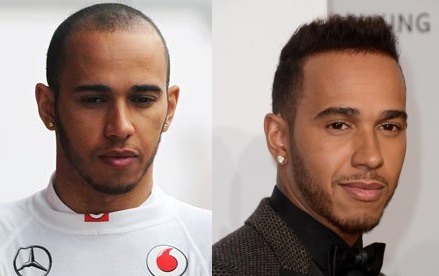 5 thoughts on “Has LEWIS HAMILTON had a Hair Transplant?”