It seems gyms are popping up all over the country. Bodybuilding and lifting weights have never been more popular. And with this boom in popularity comes an increased demand for supplements such as protein powders and amino acids. But one such supplement – creatine – has been linked with increased hair loss. So is this a fact or a myth? Does creatine really cause hair loss?

Creatine is a naturally occurring organic acid produced in the kidneys and liver from the amino acids arginine and glycine.

Its main function is to help supply energy to cells in the body – particularly muscle cells.

And this is why creatine supplementation is beneficial to bodybuilders, weight lifters, and other intense athletic activities. More creatine means more energy – allowing athletes to push out more reps, lift heavier weights, and train for longer periods of time.

As you may already know, androgenetic alopecia (male pattern hair loss) is primarily caused by the hormone dihydrotestosterone (DHT). DHT binds to receptors in hair follicles which, over time, causes them to shrink and stop producing hair.

DHT is formed from testosterone – the male hormone – which is why androgenetic alopecia is more common among men than women.

It’s not quite as simple as more DHT = more hair loss though. Some men have hair follicles that are highly resistant to the damaging effects of DHT. So even if they have really high levels of DHT, they’ll still keep their hair.

But if you’re not one of these lucky few, more DHT will mean more hair loss.

What’s this got to do with creatine? Well, this 2009 study found that creatine monohydrate supplementation increases DHT levels:

This is not an insignificant amount, either. A 56% increase in DHT – particularly if maintained over a long period of time – will undoubtedly have a damaging effect on hair. This isn’t temporary hair loss, either – once follicles have shrunk past a certain point it can be very difficult to reawaken them.

That said, it’s still not 100% certain as to whether creatine really does affect DHT levels. This study, for example, observed elevated testosterone levels in subjects treated with creatine but “no other significant endocrine changes were noted.” It stands to reason, though, that more testosterone would mean more DHT – but it’s unclear whether this effect was tested for in this study.

On balance, though, the evidence does appear to suggest that creatine supplementation will increase DHT levels.

How to reduce hair loss when taking creatine

If you still want to take creatine but are worried about hair loss, there are plenty of treatments to counteract this negative side effect.

Secondly, as well as these natural hair loss treatments, there are also prescription drugs available to reduce DHT levels and stop hair loss.

Finasteride (often referred to by the brand name Propecia) is very effective at stopping testosterone from converting to DHT. Studies suggest it lowers levels of this hair loss-causing hormone by around 70%. This makes it one of the most effective hair loss treatments currently available.

While the link between creatine and hair loss hasn’t been proven beyond doubt, there is strong evidence that this supplement can exacerbate androgenetic alopecia.

The 2009 study described above – though only a small sample size – is hard to ignore. A 56% increase in DHT is likely to have a seriously damaging effect on hair.

But elevated DHT levels will only accelerate hair loss if your hair follicles are genetically susceptible. In other words, creatine will only cause baldness if you were going to lose your hair anyway. 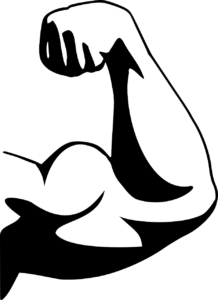 However, if you are destined to experience hair loss at some point – and around 70% of men are – there’s no need to speed up this process. If you’ve noticed more scalp in the mirror lately, creatine supplementation may not be the best idea if you want to keep your hair.

That said, there are numerous treatments available that slow – and even stop – hair loss from progressing. And the sooner you act, the better – it is far easier to maintain your existing hair than to regrow it.

Ultimately, then, you need to weigh up the pros and cons of creatine supplementation. If you’ve still got your Norwood 1 hair line and density, you might be able to use creatine without losing any hair.

But if you’ve already started to experience a bit of thinning, you need to decide whether a bit of extra strength in the gym is worth the possibility of going bald sooner.

Are you a bodybuilder looking to keep your hair? Check out this article on the link between anabolic steroids and hair loss.