He’s probably the most famous soccer player of all time. But David Beckham is almost as famous for his hair as he is for his footballing talent. I mean, his free kick against Greece was impressive, but far more impressive are the sheer number of hairstyles he’s had over the years. Becks is obviously a guy who cares about his hair, and if he was going bald you’d expect him to take action. So, has David Beckham had a hair transplant? 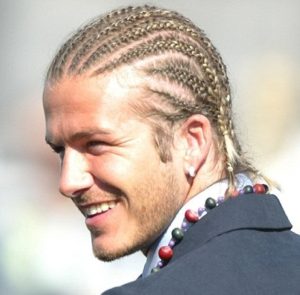 Yes, at some point or other, Becks has had pretty much every hairstyle it’s possible to have – even cornrows.

His career started out at Premier League side Manchester United in the early 90s. But it wasn’t until 1996 – when he scored an incredible goal against Wimbledon from the half way line – that he really shot to fame.

Since then, he’s made headlines for all sorts of things – both on and off the pitch.

But one thing you could were pretty much guaranteed to see in the papers during the late 90s/early 00s was a story about Beckham’s hair.

These were his glory years – at least as far as ridiculous hairstyles are concerned.

However, with age comes wisdom. And since leaving Real Madrid in 2007, David Beckham’s hairstyles have been far more conservative.

But was this a choice? Or did male pattern hair loss force his hand? 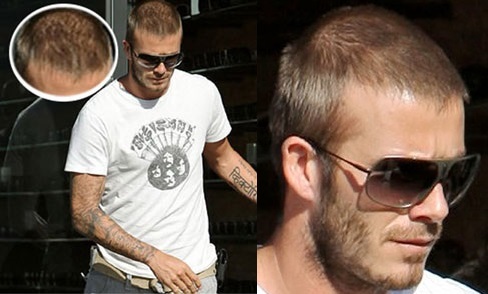 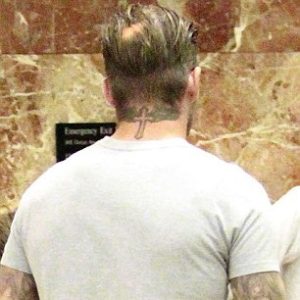 This photo looks especially telling. Notice the shiny bald patch at the crown of the head.

And if you take a look at the Norwood scale – the measure used by doctors to assess hair loss – you’ll notice that this is a particularly common area to start going bald.

This is often one of the first signs of impending baldness. Whilst Becks appears to have decent hair coverage elsewhere, this picture suggests David Beckham’s famous hair was on its way out at this point.

Today, though, David Beckham’s hair looks as good as ever. 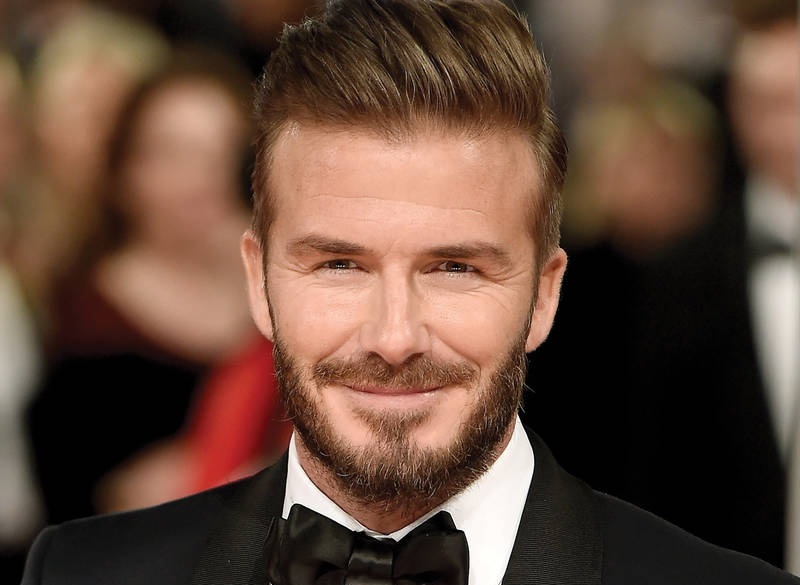 At age 41, his hair looks more or less the same as it did when he was starting out at Old Trafford. Not a bald patch to be seen.

So, how did David Beckham reverse his baldness after 2013? 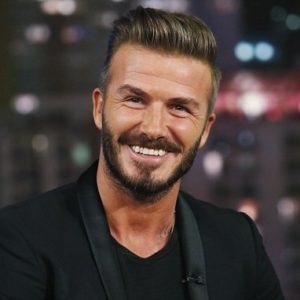 Well, if it was a hair transplant, he’s in good company. We’ve already looked at the hair transplants of fellow footballers Cesc Fabregas and Slaven Bilic.

And, of course, there’s England co-star Wayne Rooney (we’ll talk more about him another day).

Yet despite the popularity of hair transplants in soccer, it doesn’t look like Becks has had one.

David Beckham’s hair is constantly under scrutiny. He’s famous for it. And given the amount of press attention his hair has received, there would be plenty more evidence if Becks was going bald or had a hair transplant.

Whilst the styles have varied dramatically over the years, Beckham’s hair density and coverage has remained pretty consistent.

Yes, there are a couple of photos that make it look like Becks was losing his hair. But in the right light, pretty much anyone can look like they’re going bald. It seems more likely that a combination of bad hair day and bad lighting are to blame.

8 thoughts on “Has DAVID BECKHAM had a Hair Transplant?”