In the fifteen plus years he’s been in the music industry, Chris Martin’s style has changed quite noticeably. No, I’m not talking about Coldplay, I’m talking about his hair. Where he once had a receding bouffant, he now has a perfectly flat hairline. It’s subtle, but to a hair loss nerd like me, very noticeable. So was it a hair transplant? 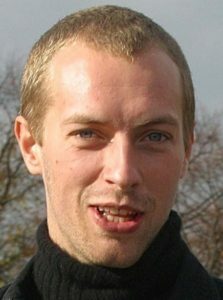 Chris Martin rose to fame as part of British rock band Coldplay. In the video for their breakthrough single, Yellow, you can see his less than perfect hairline – and this was in the year 2000. Yes, it seems there was “Trouble” (get it?!) ahead for Chris Martin’s hairline.

This first picture was taken around the same time he got married to Gwyneth Paltrow in 2003.

Whilst he’s by no means bald, it’s pretty clear his hairline was receding at this time. On the Norwood scale for hair loss, he looks to be fast approaching stage 3, if not there already. 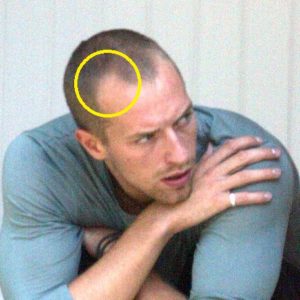 Despite this, his hair stayed pretty steady around Norwood 3 for a few years after. Perhaps he was using effective hair loss treatments to stop his hairline from receding further.

In fact, he was even brave enough to experiment with different hairstyles. But in this photo of him with a shaved head you can very clearly make out the “M” shape of a receding hairline.

But a few years later this M-shaped hairline would have mysteriously disappeared. It’s almost as if someone had turned back the “Clocks” (sorry!). 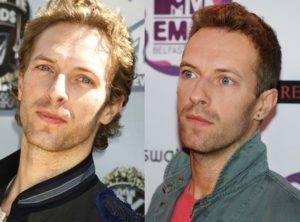 At first, I was almost prepared to give Chris Martin the benefit of the doubt.

Looking at these before and after photos – left is 2008, right is 2011 – it’s hard to see much difference. The styles are different, but the hairline looks pretty similar.

But the longer hairstyle disguises the thinning hair at the temples.

This is more apparent when you compare before and after shots from a different angle. Take a look at the two shots below – the difference is night and day.

You don’t just regrow hair in that area once it’s gone – at least not without serious luck and even more hard work.

My guess is that Chris Martin had a hair transplant at some time in 2010. Looking through photos, there’s a clear difference between 2009 and 2011.

And he’s a good example of how celebrities can get hair transplants without anyone realising.

If Chris Martin had let himself go completely bald before he got a hair transplant, everyone would notice. But a small procedure like this is subtle enough to escape most people’s attention.

It doesn’t take much to get an FUE hair transplant today – especially not for someone with minor hair loss like Chris Martin. It’s a quick and minimally invasive procedure that leaves virtually no scarring.

Best of all, the results look completely natural. 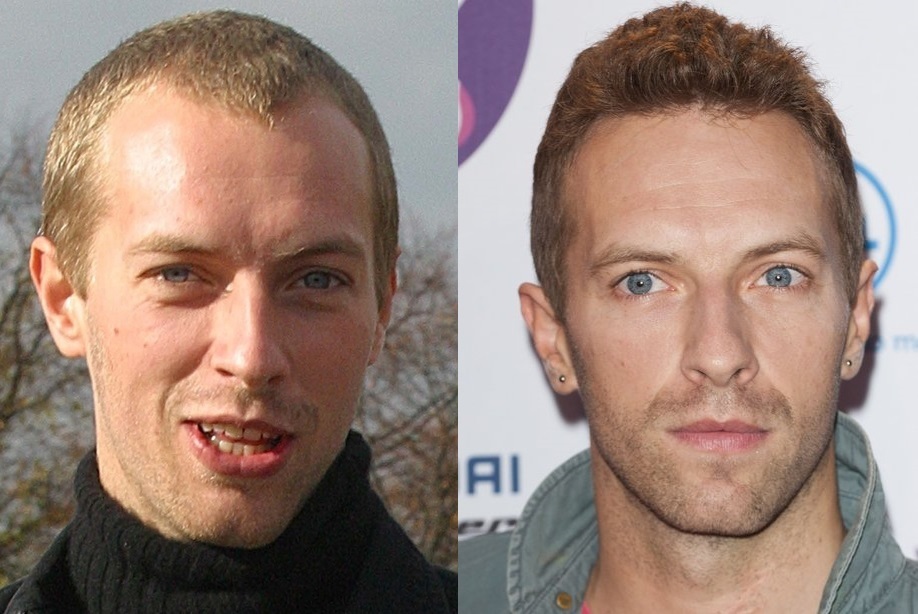