It’s another football hair transplant: Cesc Fabregas. And while he’s never been as bald as some of his fellow players and managers, there’s no denying the change in his hair line. Before leaving Barcelona, Fabregas was noticeably receding. But by the end of his first year at Chelsea, he had perfect hair once again. Let’s take a look at the photos. 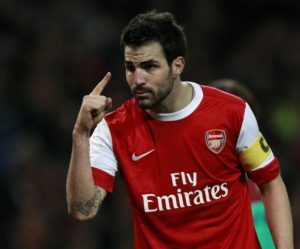 Cesc Fabregas has never been bald bald – not like Wayne Rooney, for example.

In fact, he’s always had a pretty decent barnet. Here he is pointing to what is a fantastic head of dark hair.

But the stress of top-flight football (or, more likely, exposure to dihydrotestosterone) took its toll on his hairline. By the end of his last season at Barcelona, it had slightly receded. 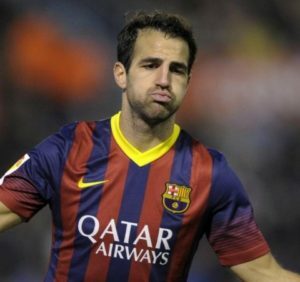 Luckily, he transferred to Chelsea before the start of the 2014 season for €33 million and an annual salary of over €8 million – more than enough to afford a decent hair transplant.

And as a footballer, he has no shortage of access to hair transplant veterans for advice! Whether its managers such as Slaven Bilic and Antonio Conte, or fellow players such as Wayne Rooney, there are plenty of people to point him in the direction of a decent hair transplant surgeon.

And that’s exactly what he looks to have done before the start of the 2014 season. 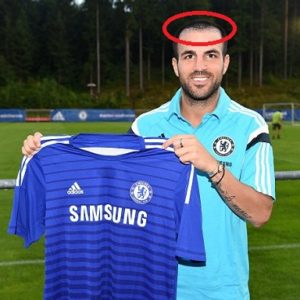 Although it probably wasn’t a stylistic choice. Most hair transplant surgeons shave the donor and recipient areas before surgery to make the process easier.

And if you look closely, you can see the outline of the new hairline.

In fact, it was still visible even after the season had begun. Here’s Fabregas during a post-match interview having just beaten his old club Arsenal 2-0: 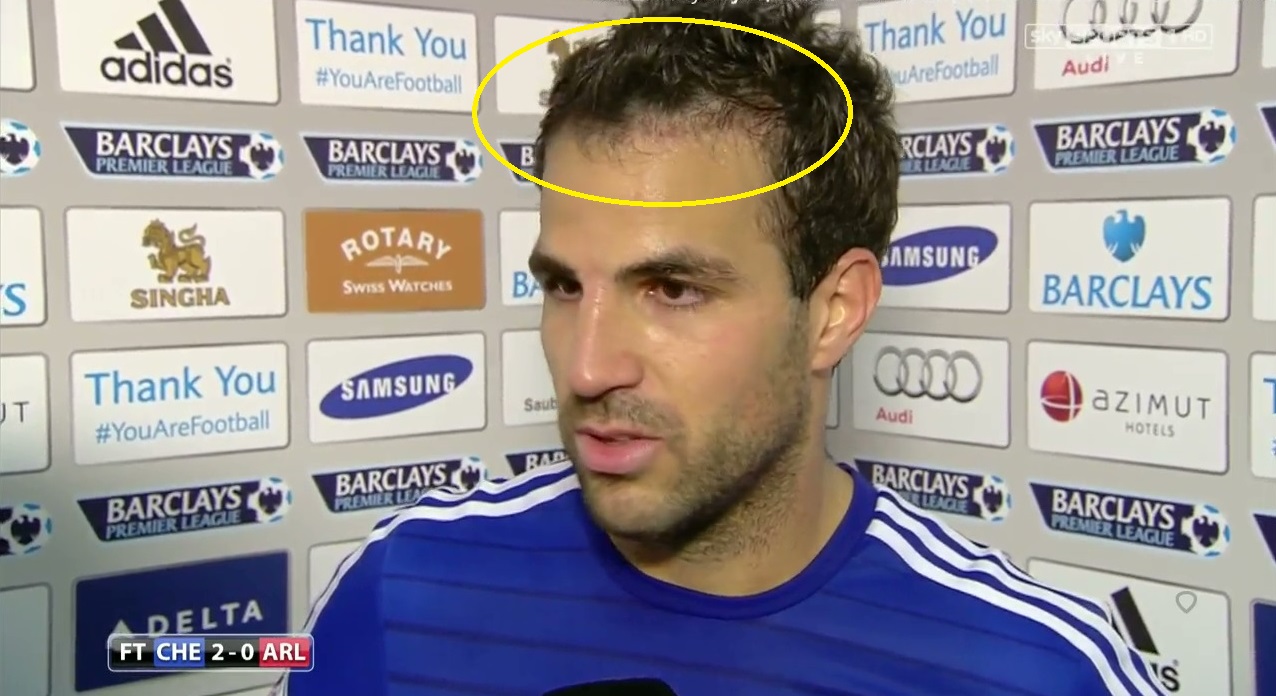 Notice the baby new hairs starting to come in.

The results of a hair transplant take time to be visible. It doesn’t happen overnight.

Initially, the newly transplanted hairs fall out. Then, over the course of the next few months, they start to grow back in. The full result is normally visible after 18 months or so.

And Fabregas’ hair looked to be right on schedule.

The left photo was from the start of the season. The right one towards the end. Notice a difference?

4 thoughts on “Has CESC FABREGAS had a Hair Transplant?”