He looks like he’s got a full head of hair. But rumor has it that Ben Affleck is secretly bald – if not, balding. From wigs and toupées to hair transplants, the Good Will Hunting star and latest Batman has been accused of every trick in Hollywood to disguise his thinning thatch. So what’s the deal? Has Ben Affleck had a hair transplant?

He was a regular on 1984’s educational series The Voyage of the Mimi, a clip of which can be seen here. 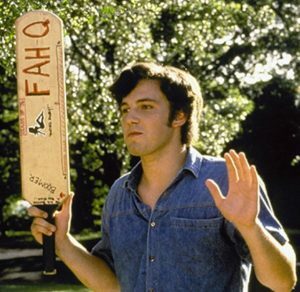 After that, he made his big screen debut in 1993’s coming-of-age comedy, Dazed and Confused.

And there’s no real reason to suspect it’s not his real hair in this movie.

I mean, he’s a young guy. And while some people do start losing their hair at an early age, Ben’s looks real enough in this film. 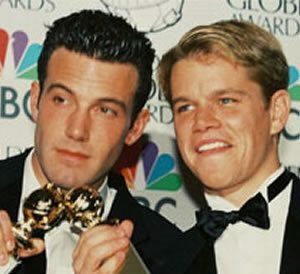 It would be a few years later when Ben Affleck would really make his mark on Hollywood, writing and starring in 1997’s Good Will Hunting along with Matt Damon.

Ben Affleck’s hairstyle in this film and around this time shows off his hair line in all its glory.

He’s got thick, dark hair that can look like a wig at times.

But again, there’s no reason to suspect it’s not his own. Over the years, though, rumors abound that there’s something dodgy about this actor’s hair.

Who knows where this story came from, but a rumor doing the rounds in the early 2000s was that Ben Affleck’s hair piece was knocked off during a play fight with Vince Vaughn.

Affleck would have been about 30 at this time. And this photo is often used as evidence of his supposed toupée: 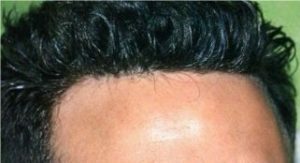 The hairs at the fringe which appear to be going in different directions to the rest are alleged to be Affleck’s original hair poking out from under the wig.

It’s pretty common to have flyaway hairs that go off in different directions. So in this case, I think we should give him the benefit of the doubt. 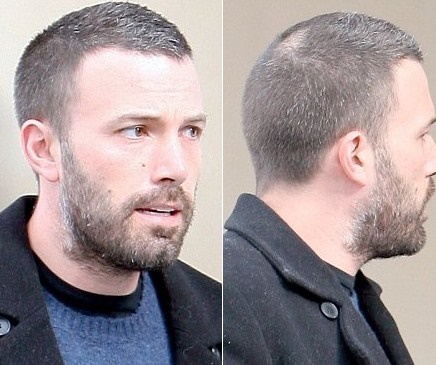 The photo of Ben Affleck on the right definitely show signs that he’s suffering slightly from androgenetic alopecia.

The hair at the crown is thinner, leaving a small bald patch – perfectly normal for a man who’s nearly 40.

But these photos put the wig/toupée/hair system rumors to bed. You can’t get a wig that short. And, if you could, wouldn’t you get one that covers your bald spot?!

Here’s another photo from around this time of Ben Affleck with short hair. There’s no way this is a wig! 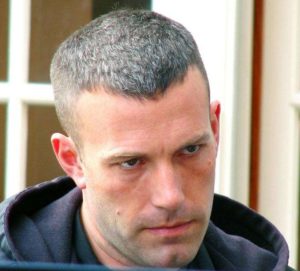 But nowadays, Ben Affleck shows no signs of hair loss. 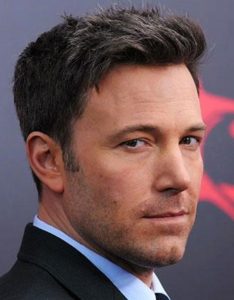 He’s got the same hair line he had in Good Will Hunting, but the thinning crown is nowhere to be seen.

His dense, thick, hair defies his age – so what has he done to it?

It’s possible he’s had a hair transplant. For someone like Ben Affleck – a man with millions of dollars and access to the very best hair transplant surgeons – it wouldn’t be difficult at all.

Today’s procedures are so advanced that individual hair follicles can be moved one by one to add dense hair to bald areas. Scarring is unnoticeable, and the surgery can even be performed under local anaesthetic. You don’t have to shave your head either. 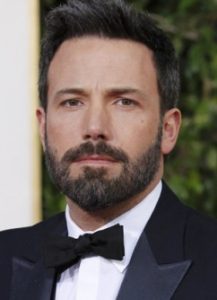 In fact, it’s possible that celebrities – even those who aren’t necessarily balding – can get yearly ‘top up’ FUE hair transplants to keep their youthful hair lines.

So is this what Ben Affleck has done?

It’s certainly possible. But the same result could also be achieved with established hair loss treatments.

I mean, it’s not like Ben Affleck’s hair was ever that bad. On the Norwood scale for hair loss, he’s barely even a 2.

And the 2008 photo of his thinning crown could just be a bad photo.

But as a Hollywood actor, his looks will be highly important. So for this reason, I wouldn’t be at all surprised if he’s had a hair transplant.

Then again, he could just have great hair genetics! 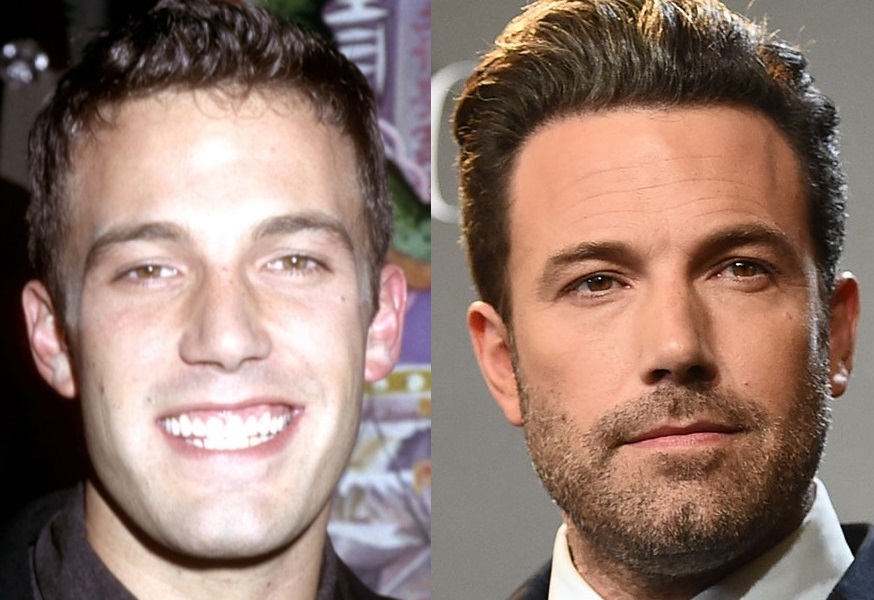 Over his long career, his hair line has barely moved.

And while this is indeed rare, it does happen to a lucky few!

So until I see definitive proof of Ben Affleck’s hair transplant or wig, I’m prepared to give him the benefit of the doubt.